Three Guidelines for Promoting Your Brand on April Fools’ Day

Although the origin of April Fools’ Day is unclear, the number of brands who use the holiday to promote their offerings is no laughing matter. YouTube, BMW, and even Taco Bell have found success promoting their brand via “fake” ads and fun April Fools’ Day marketing campaigns. Even organizations you might not expect to get in on the action — such as the New York City Police Dept. and its one-time “Feline Unit” — have used April 1 as an opportunity for some feel-good fun.

Then came 2020. In light of the COVID-19 pandemic, even companies like Google who get into the April Fools’ Day spirit every year decided to take the occasion off. Now, with the economy continuing to recover and vaccines giving hope for returning to pre-pandemic life, many companies are looking for anything that might resemble normalcy — and that could include April Fools’ marketing.

Here are three important considerations to ensure your next April Fools’ Day public relations campaign is a success:

With the possible exception of Wendy’s, there aren’t too many brands that can find success by addressing current events head-on. Burger King UK found that out the hard way earlier in 2021 with its attempt to celebrate International Women’s Day via its “women belong in the kitchen” tweet.

As this example should remind us, being “edgy” means being close to the edge — which means you can also go too far and fall over it to your demise. Thus, unless you plan on making a lot of apologies, it’s usually best to avoid taking on anything controversial for April Fools’ Day. Even some jokes that might have worked before — like the clever one about home cremation services from English end-of-life specialists Beyond — are probably not best in the current climate. 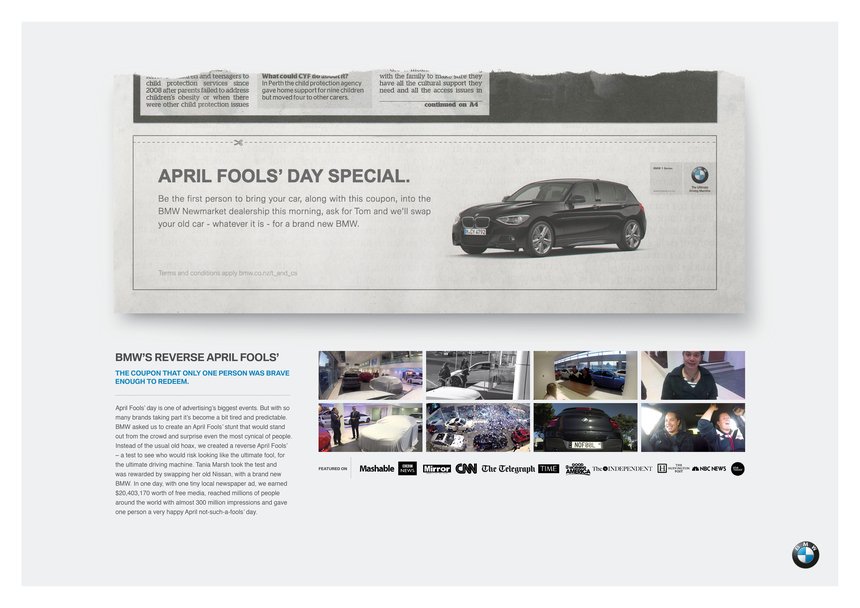 BMW has a longstanding history of pulling of April Fools’ Day pranks, having some fun by promoting “rain-deflecting open-top cars” (1983), “self-cleaning cars” (2004), and even “lunar paint” options for its vehicles (2019). April Fools’ Day has become somewhat of a staple for the Bavarian automaker, to the point it routinely gathers press for the company; in fact, a New Zealand BMW dealership even received attention from Time magazine for its own 2015 prank, giving away a $50,000 vehicle to the first person that showed up with their old car and a coupon they dealership had placed in a local newspaper.

We like these examples from BMW because they do a great job of staying true to the brand’s identity, even poking fun at its own products without being controversial or divisive.

2. What Is the Method to Your Madness?

Knowing your audience and how they like to receive content is key to the effectiveness of your April Fools’ Day campaign, too.

Is your campaign a visual one? Looks like you might want to head to Instagram or TikTok versus a text-heavy site like Twitter. Looking to hit your audience with a fake survey or interactive quiz? Facebook is probably going to be the best way to reach out to your followers and goad (or possibly antagonize?) them into participating. 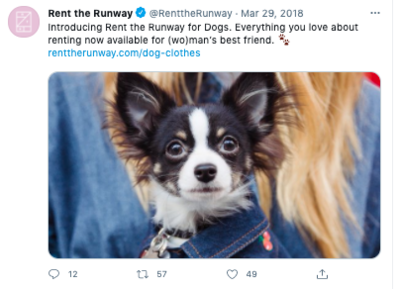 For example, the company Virgin Atlantic loves to tout all their latest innovations — so when the company flaunted “flapenergy” with its new “Dream Bird 1417” via YouTube in 2017, it definitely got people’s attention. Subscription service Rent the Runaway had similar success with a Twitter campaign promoting its rental fashion for dogs in 2018, with many asking if the web page built for the announcement was for real. (Sadly it was not — although the company said if they received 10,000 signatures, they’d consider it.)

There’s no shortage of information on how to pick the right social media platforms for your business; you’re only fooling yourself if you think that doesn’t matter when it comes to your April Fools’ Day campaign

Of all the evil things that micromanager Bill Lumbergh says and does in the cult classic film Office Space, this line isn’t even likely in the top 10. But despite all his flaws, the aforementioned line is actually pretty sage advice not just for April Fools’ Day campaigns, but any and all work you do on your client’s behalf.

In other words, before you do anything this April Fools’ Day, it’s important to ask yourself a simple question: Why are you doing what you’re doing? Is the goal to entertain your audience? Are you looking to build upon your existing base by reaching out to a new one? Is there a contest, limited-time offer and/or coupon waiting for those that get the joke? Google Play for Pets may have been a joke in 2017, but browse the app’s store these days and you’ll see no one’s laughing now (except for perhaps the inventor of Games for Dogs and other apps like it).

As professional communicators, everything we do must be purpose-driven and intentional — even on April Fools’ Day. Have fun celebrating, but always proceed with caution so that in the end, the joke isn’t on your brand.

Brainstorming more creative ways for promoting your brand on social media? Check out “How to Write Captivating Instagram Captions” and “5 Strategies for Writing Social Media Posts That Sizzle.” 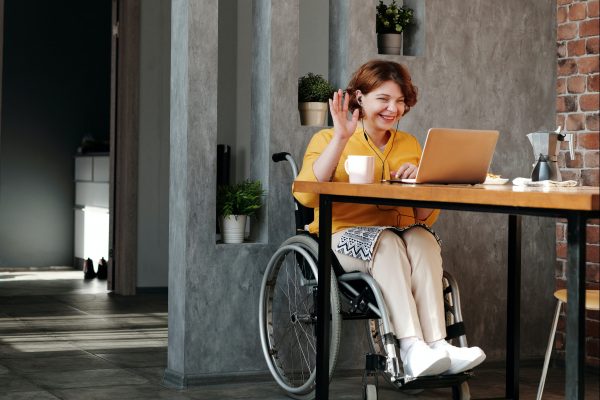 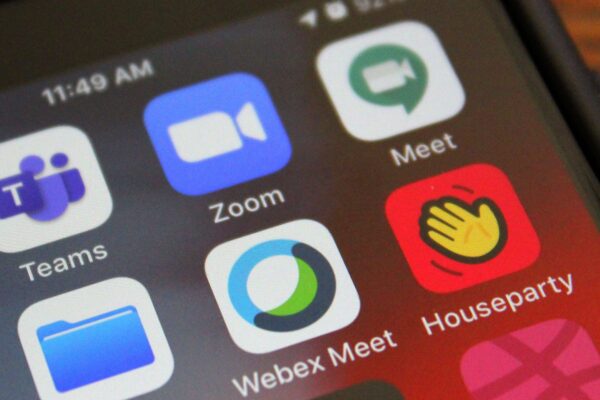 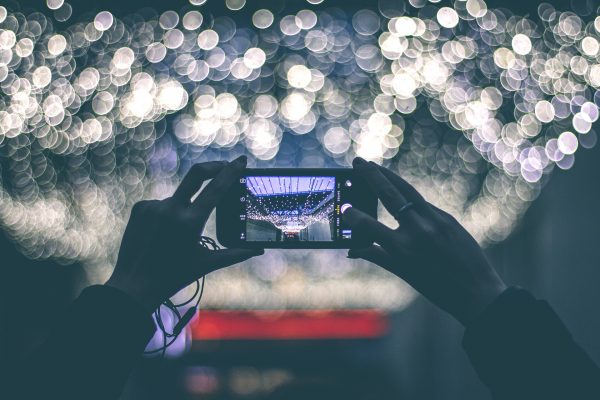