On Thursday, June 25, the Public Relations Society of America (PRSA) hosted its “Diverse Dialogues: A Celebration of LGBTQ Pride Month” webinar, discussing how PR pros can continue to build relationships with and engage the LGBTQ community during a time when the community cannot come together in person. 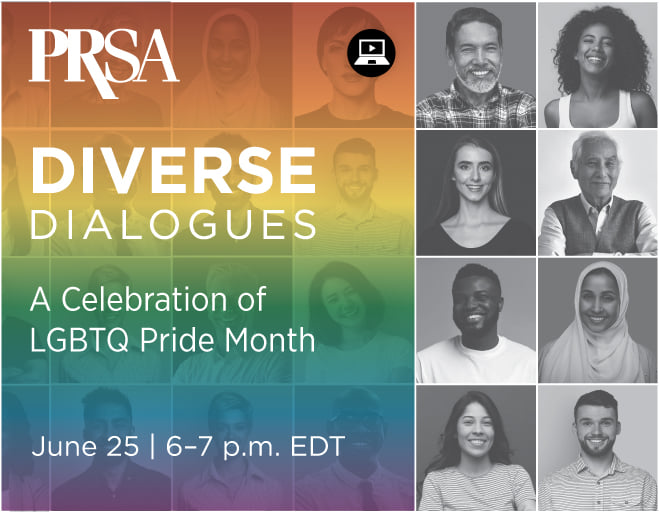 The panelists featured in the webinar were:

While all of the panelists shared different experiences and insights given their unique positions and career paths, several key themes emerged. Among them were:

Especially in recent years, brands of all shapes and sizes across nearly all industries have embraced the month of June as a way to celebrate their support for the LGBTQ community, “rainbow”-ifying their logos on social media or adding limited time only Pride Month offerings to their merchandise or menu. However, as several of the panelists pointed out, more often than not these efforts last only until June 30, at which point the logos return to normal and LGBTQ-centric content fades into the background once more.

If brands (both big and small) are to move the conversation about LGBTQ issues forward, they must use their platform to spotlight issues of LGBTQ importance year-round — an initiative that members of the panel deemed as “Pride 365.”

As an example of what “Pride 365” looks like in action, the panelists discussed Procter & Gamble’s Pantene brand, which partnered with the Trans Chorus of Los Angeles for their “I’ll Be Home for Christmas” campaign in winter 2019. In addition to footage of the chorus singing together, the ad also features individual members preparing for their own holiday homecomings — which can be difficult for members of the LGBTQ community whose gender identity or sexual orientation may not be accepted by their families.

Pantene used its platform to bring attention to an important — but often overlooked — issue to the LGBTQ community, and did so at a time when many other brands tend to promote more traditional depictions of family and holiday cheer. And people took notice: the campaign made waves by appearing in TIME Magazine, People, and on The Ellen DeGeneres Show.

#2: Put Your Money Where Your Mouth (and the Movement) Is

As part of the “I’ll Be Home for Christmas” campaign, Pantene also consulted with GLAAD to ensure their message would be delivered in a sensitive way — and has partnered extensively with the organization in the past, such as by donating 30% of its Amazon profits to GLAAD on LGBTQ Spirit Day (October 17).

This highlights another important takeaway from the panel: it is not enough for your brand to support Pride just because doing so is “in vogue” at the moment; in order to come across as authentic, your business must also be taking action to show that support. 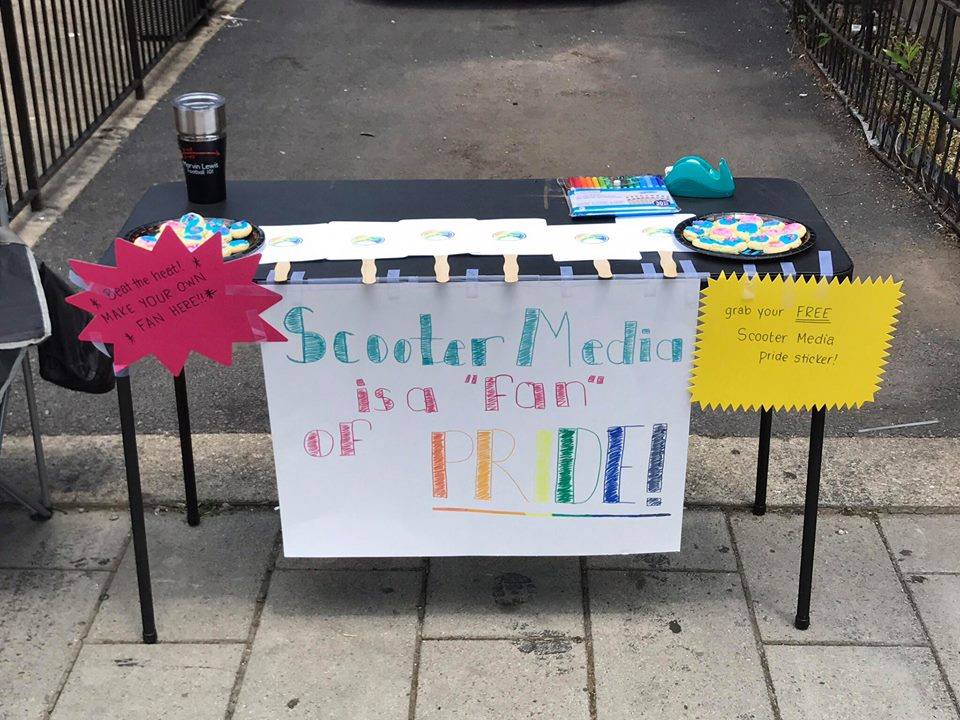 In 2017, Scooter Media served as an official “Watch Spot” for the first-ever Northern Kentucky Pride Parade.

While many brands demonstrate this action by donating to organizations such as GLAAD, the Human Rights Campaign, and The Trevor Project, financial support is not the only way to show your business stands in solidarity with the Pride movement.

For example, smaller businesses can do their part by volunteering to assist with local Pride festivities — which has the added benefit of getting your company into the community and up close and personal with the LGBTQ changemakers in your region.

The final theme that emerged throughout the webinar is the importance of intersectionality. While the LGBTQ community struggled for many years just to be represented, the conversation has now moved beyond that and it is up to businesses to recognize that sexual orientation and gender identity are just a few pieces of the larger puzzle that is diversity & inclusion.

This intersectionality is especially important to consider in hiring practices; as one of the panelists comically remarked, businesses cannot just hire a single white gay male and feel confident that they have met their “diversity quota.”

Instead, businesses should be actively seeking to hire LGBTQ professionals of different races and gender identities, whose varying experiences can bring a valuable (and different) perspective to your company culture. For it is only when we celebrate — and spotlight — these differences that we can all move forward as one. 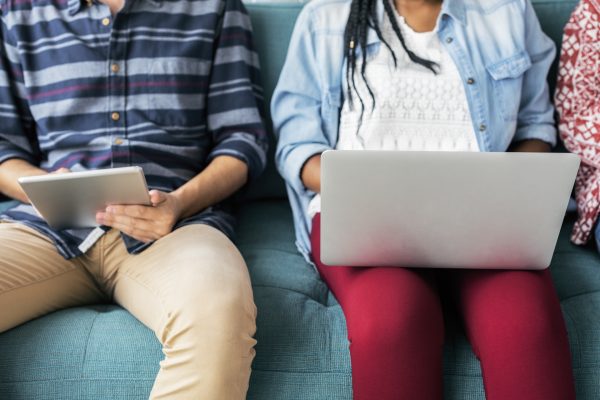 How to Be a Spectacular Community Manager 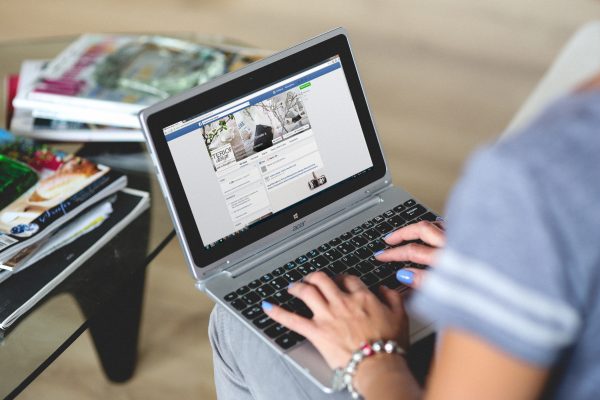 Getting the Most Out of Facebook for Your Brand